Recently I wrote an article called Let Them. It reminded us that we do not have control over another person’s behavior. Therefore, when we feel stressed, frustrated, belittled, offended, annoyed, or whatever we feel because of the way others act, we only punish ourselves with these icky emotions.

In that article, I mentioned that sometimes boundaries are appropriate, even while we “let them” do whatever they do.

Many of us want to set boundaries to get the other person to act differently.

That would be nice if it worked, wouldn’t it?

Unfortunately, it doesn’t work that way.

God gave us free will, my friends. All of us. And when we all have free will, control of others is just a pipe dream. We may influence others by what we say and do, but ultimately, what others think, feel, do, and say is never really under our control.

Using a boundary in hope that the other person will change in some way is a misuse of a boundary.

So, if you can’t change the other person, then what is a boundary for?

What Boundaries Are For

A boundary is a plan of action you put in place to control yourself and your own experience when someone has crossed a line, encroaching upon what you are willing to subject yourself to.

Back when my marriage was a mess, I had a boundary when my husband yelled at me. (All hubby stories are shared with his permission.)

I decided my boundary ahead of time so I would know exactly how I wanted to behave when an encroachment occurred. It went like this:

When he yells at me, I will calmly say, “I choose not to be around you when you are yelling, so I am leaving now.”  Then I will immediately leave the room, hang up the phone, get out of the car (safely) or do whatever I need to do to leave his presence.

He didn’t want to respect my boundary all the time. He sometimes criticized me for it. Sometimes he followed me. But I was consistent, I held to it, and enacting my boundary created more peace for myself.

How To Set a Boundary

One of my coaching clients told me she wanted to set a boundary with her dad for texting her too often about family drama. It was stressful and disruptive for her. She wanted to create a boundary so he would text her less.

I asked her if she believed she had any control over him picking up his phone, typing words, and hitting send.  She admitted she did not.

I told her there was no boundary she could set to change his behavior.

Bummer. I know. Everything would be so much easier if everyone just behaved the way we thought they should. But life would also be super boring if everyone always complied. Just sayin’…

Back to my client… What, then, could she do to protect herself from his onslaught of dramatic texts?

Go ahead, shout your answers at the screen before you read on.

Here’s some of the options of what she had control over: Block his phone number, not respond to his texts, not read the texts, turn of notifications on his texts and read them at a set time only, resend “I love you Dad.” to all his drama texts, or ignore specific texts that have to do with family drama.

Maybe you thought of a few more. But the point is, she had many choices about how she wanted to behave, think, and respond.

Notice, they are only about my client and how she would behave, not her father.  She cannot change her father. But, she can change her own actions and create more peace and less drama for herself.

Should We Tell People When We Are Setting Boundaries?

It is up to you to decide if you want to articulate your boundary to the other person. If you think it will be beneficial to explain it to them for whatever reason, go for it. But, if you’d rather not, you do not need to. You control you. You decide.

When you have a boundary properly in place, you offer yourself a way to remove yourself from verbal or emotional abuse, destructive behaviors, or whatever else you do not choose to tolerate.

A boundary created from a healthy place will not be coupled with resentment for the other person. Healthy boundaries exist without the need to correct, complain, blame, shame, or chastise the other person.

Boundaries are meant to protect you.

Most importantly, healthy boundaries are born from love. Love for ourselves and love for the other person. A boundary violation threatens love, a healthy boundary protects it.

This article is just a quick introduction. There is much more to know about relational boundaries. I highly recommend the book Boundaries by Henry Cloud and John Townsend.

If you haven’t ready it yet, be sure to check out the precursor to this article… Let Them. 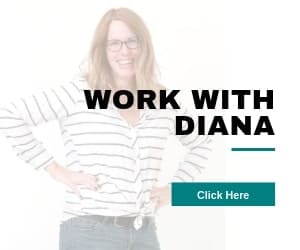